Skip to content
11 Apr, 201905Leave a Comment on Which Humidifier is Better? Honeywell or Sunbeam Posted By 7ur2v 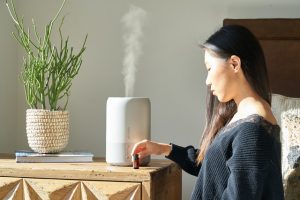 When shopping for a humidifier, you most likely want to zero in on one with a strong performance but easy to maintain. It may also matter how deep your pockets are at the time you wish to make a purchase. When you go to the nearest store, you will be confronted with lots of models, each demanding your attention. When you try to pick one, you see a different one with similar specifications. The worst thing to happen to you would be being spoilt for choice. Nevertheless, two giant humidifiers are engaging in a fierce battle of wits. These are Honeywell and Sunbeam. Honeywell can beat Sunbeam anytime, anywhere. Here is why this is so:

The most critical area of concern for all humidifiers is the level of noise produced. Most humidifiers cannot afford to be exactly quiet since they have moving components. However, while some produce a soft whirr that can be ignored, others rattle like a rheumatic machine making life uncomfortable in the home, especially at night. The Honeywell, though not ultrasonic, is far less noisy than the Sunbeam.

According to TheSweetHome.com, Honeywell produces sounds that are loud enough not to escape attention, especially at high speeds. However, it is not high enough to be objectionable. In fact, at medium speeds, you will hardly notice its presence in the room. Experts point out that the “white noise” produced by the Honeywell can actually be appreciated by some parents due to its soothing effect. This is quite unlike the Sunbeam. Users of Sunbeam have often complained of its rattling sound. Therefore, in the arena of quietness, the Honeywell beats the Sunbeam hands down.

While the Honeywell doesn’t feature as many specs as the Sunbeam, it is much easier to use. Most reviewers agree that it is simple but very efficient. It has a single dial for setting fan speed – no complicated switches and difficult instructions to comprehend and follow. In addition, the Honeywell has an easy-to-fill tank. This is because it has a wide mouth through which water can be poured. It also features a built-in handle which enhances its portability – you can easily carry it around.

Unlike the Sunbeam, the Honeywell doesn’t have any hard-to-reach areas. You can clean the water tank easily by inserting your hand into it via its wide mouth. As for the Sunbeam, you will have to sweat a little bit before getting the whole tank clean. BabyGearLab.com were able to test the humidifier and found that it is far much easier to use than its Sunbeam counterpart. They add that its base and the tank are dishwasher-safe. This might be important to you since you definitely have a dishwasher in the house. Needless to say, if you are looking for a basic but powerful machine, the Honeywell would be your immediate stop.

No likelihood of leaks

If anything can be so annoying about humidifiers is leaking. Well, if you have the Honeywell, you won’t have to worry about the possibility of leaks. According to TheSweetHome.com, the water tank on the Honeywell is made from one piece of plastic which has no seams. You very well know that leaks usually develop along the seams. This happens when, due to tear and wear, the seams begin to come apart without being noticed. The next thing you know, droplets of water are finding their way out of the tank.

The Sunbeam, on the other hand, has received many negative reviews due to its poor ability to prevent leaks. Though it is made from flexible plastic material, it begins to leak after some time. You need all the water vaporized to form moisture so as to enhance the humidity in your room. When water leaks, it is unlikely to contribute to the humidity in your room. So, you would do better going for the Honeywell, though it is a bit more expensive than the Sunbeam. However, Sunbeam is likely to surpass Honeywell on maintenance costs.

The Honeywell is far much easier to maintain than the Sunbeam. The former has no small spaces that are difficult to reach. The same cannot be said of the latter. In addition, reviewers point out that the ability of the Honeywell to let in your hand into its tank makes it easy to clean. Moreover, the tank is made up of a single piece of plastic, clearly limiting the possibility of the tank developing leaks. Apart from its easy-to-clean tank, the filters can also be cleaned without much fuss.

If you opt for the Sunbeam, then you should be ready to give your all. You will have to constantly deal with leaks along the seams of its tank. The humidifier also has small spaces which cannot be reached easily. You can’t easily clean its water tank since its mouth is not wide enough to admit your hand. Although the Sunbeam is cheaper to buy that the Honeywell, you will think twice before purchasing it. It is advisable to dig deeper into your pocket once and for all, rather than purchase the cheaper option and spend a fortune maintaining it.

Has a medium setting

Users of most humidifiers have to contend with two settings: high and low. The same case applies to Sunbeam. Sometimes users need a medium setting when they need humidity that is neither too high nor too low. In some cases, you may need the medium setting for the purpose of reducing the noise of the machine. Nevertheless, this challenge does not affect Honeywell. It is among the few humidifiers with a medium setting in addition to the conventional low and high options. On this front, the Honeywell is clearly well ahead of the Sunbeam.